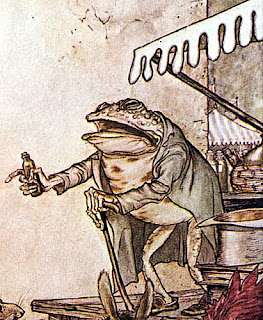 Ideas for different and unusual random encounters won't be hard to come up with for most DMs. Just let your mind roam. All those great adventure ideas that you never had time to turn into full-blown adventures are great starting points, as are novels, movies, and the news.

The web offers plenty of help, too. Here's a list of useful sites for when you're building those random encounter lists.

Random Encounter Motivations from alltern8: Not simply motivations but a list of 20 things that a group of NPCs might be engaged in when they're encountered.

donjon d20 Random Encounter Generator: An online utility that creates wandering monsters. You input the level, climate, and terrain, and it spits out the stats of an appropriate, randomly-selected or monster or group of monsters. There are separate generators for 3E and 4E. Donjon is filled with fun  utilities for DMs. Spend a few minutes poking around there and you're sure to find something useful.

DM Tools Encounter Generator: An online utility that generates entire random encounter lists for any terrain, level, and monster type you choose. It's geared mainly toward 3E monsters and books, but the lists don't include stats, so it can be useful for any edition if you tweak the resulting tables a bit.

Encounter-a-Day 4th Edition Random Encounter Generator: A wandering monster generator with settings for number and level of characters in the party and the monster roles you want represented in the encounter. No stats are included. The resulting groups of monsters can be pretty random--you can find a kobold war priest leading two gnoll marauders and a gray ooze, for example--but thinking up a good rationale for such groups is half the fun.

Wizards.com Random Encounters Archive: This is from the discontinued wizards.com site, but the pages are all still available. There are links to 28 random encounter articles. Each one describes various NPCs, groups, and creatures that could form the basis for encounters. They don't present specific, defined encounters but are a good resource for idea mining.

Wizards.com Return to Undermountain Room Description Generator: Another item from the old wizards.com. This one spits out colorful descriptions of random rooms in Undermountain. They're filled with odd items and sights that can be turned into encounters for any location. 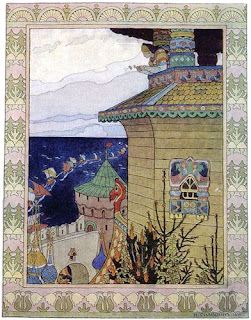 Age of Fable: Age of Fable is an online solo game similar to the choose-your-own-adventure books of old. As such, it's basically a string of random encounters with no particular unifying thread. Some of the encounters are inspired, however. Create a character at the page linked above and start the adventure. Have a pad and pencil or Word file handy as you play, because you'll want to keep plenty of notes as the ideas roll in. If you follow the Library --> Games link at the same site, you'll find online generators for adventure ideas, fantasy plots, random maps, whole dungeons, plus an eclectic assortment of odd but useful random tables.

Advancer Random Encounter Generator: Another online utility that generates complete encounter tables with variables for level, environment, alignment, creature templates, and the type of dice to be rolled when using the table. Clicking on a table entry pulls up that monster's stats in 3E form.

Warp Spawn Games: This is one of my little-known secrets on the web. Warp Spawn Games is one of the most amazing repositories of game design ideas you'll ever find. A lot of what's there is rather half-baked, more along the lines of brainstorming than fully-fleshed games. But if you're in need of ideas, a few minutes scanning through the site's thousands of poorly organized pages are bound to turn up something. Be sure to check out Warpquest. It's basically a free-form card game of random encounters. I don't want to say much more than that about Warp Spawn Games; it's best to experience and explore the site yourself, the way you'd rummage through jumbled tables of stuff at a flea market. Amazing things are stashed away in Warp Spawn's corners.

iOS and Android Apps: Some quick searching at the iTunes and Google Play stores will turn up lists of random encounter generators that will run on your phone or tablet. Most of them cost money--not much, but a bit--so I don't want to endorse one over another, especially since I haven't tried more than a few. But if you use mobile apps in your gaming, these are worth investigating.

Board Games: Most fantasy board games use random events. They can be mined for ideas.

Printed Adventures: Adventures are filled with large and small encounters. Even if you don't run a particular adventure, you can lift individual encounters from it and drop them into your encounter lists.

Harrow Deck: Paizo's Harrow Deck is like a very simple tarot deck designed for use in RPGs. Flip a few cards from the deck, think for a few moments about how those cards might interact, and you have the basic idea for an interesting encounter. You'll still need to fill in plenty of details, but that's your job as DM.

Savage Worlds Adventure Generators: Most Savage Worlds setting books include a simple, random adventure generator. Because they're simple, they can also serve to spark ideas for short encounters. 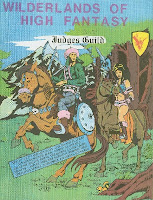 Commercial PDFs: DriveThruRPG.com and RPGNow.com offer dozens of PDFs for sale that either provide ready-made short encounters or include extensive lists to help generate your own. Some of the old Judge's Guild products, for all their flaws, have excellent idea-sparking lists (and little else). I'm fond of Wilderlands of High Fantasy myself, but many "new-school" DMs might not have the patience for it. That's not a slam on DMs ...

Online Pictures and Maps: The web is simply overflowing with photos, fantasy art, and maps. Five minutes of searching can turn up more material than you need. The Age of Fable art library and Elfwood are good starting points.
Posted by Steve at 3:16 PM